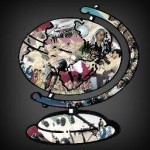 We are delighted to announce that Aconite is working with film distribution company Journeyman Pictures.

Journeyman Pictures is an independent distributor of festival and topical documentaries. They distribute dynamic and powerful stories fresh from the world’s most exciting producers.

Last week, our film Everybody’s Child is the Journeyman Documentary of the Week!

#DocoftheWeek A man determined to escape his life of crime & addiction to build a new future. Watch @EverybodysChild https://t.co/fJdN1sdQu5

Click here to rent the film with Journeyman Pictures.

Everybody’s Child is directed by Garry Fraser, who  faces up to the damage done by a life of crime and drugs. He wants to ensure his three children have something he never had; a loving, supportive family.

He’s directing the documentary at the same time as battling his heroin addiction. His making of the documentary and his recovery become interlinked as he takes the audience for an emotional and powerful ride.

The film was commissioned by BBC and Creative Scotland.