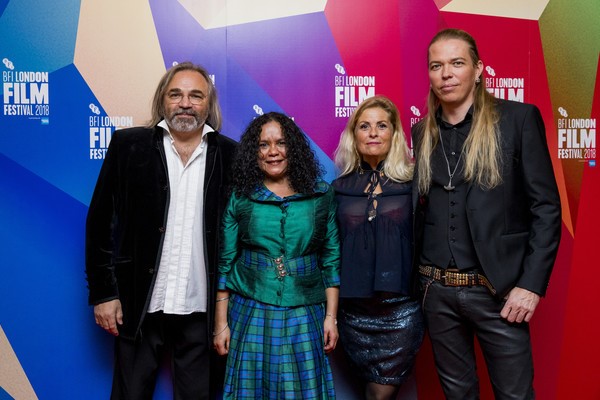 It has been barely two months since the world premiere of AQUARELA at 75th Venice Film Festival. This weekend, our 'awe-inspiring' piece had a successful UK premiere, at the 62nd BFI London Film Festival. The screenings and Q&A’s on both days were SOLD OUT! The event was attended by the director Victor Kossakovsky, Aconite team Aimara Reques (Producer) and Su Bainbridge (LP), Sigrid Dyekjaer (Producer / Danish Documentary) and the composer Eicca Toppinen.

After the screenings, many great reviews and interviews followed:

‘There is so much more to the planet Earth than just humanity, and Aquarela is a timely and singular reminder of this fact.’ – the 730 review

‘Aquarela is a documentary that demands to be seen on the largest screen possible in order to absorb yourself into the alien spaces Kossakovsky’s lens explores.’ – The Digital Fix

AQUARELA is screening next at Dok Leipzig Film Festival (German Premiere), Viennale (Austrian Premiere) and IDFA (Netherland premiere).
You can see all of our upcoming screening in the Events page.